To have the optimal experience while using this site, you will need to update your browser. You may want to try one of the following alternatives:

Winter Is Coming Advoid A Chimney Fire In Your Home 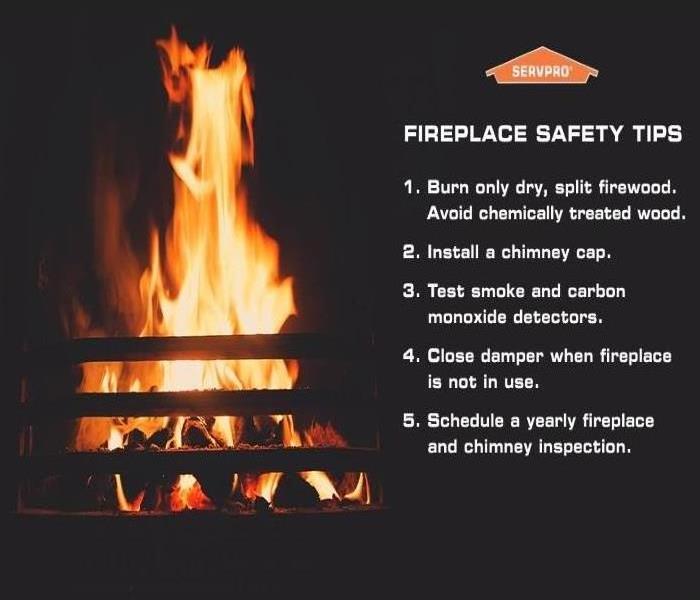 Here at SERVPRO of South Chesterfield Wildwood we see many of the preventable fire each year.  The Majority of Chimney Fires Go Undetected
Slow-burning chimney fires don’t get enough air or have fuel to be dramatic or visible and they often go undetected until a later chimney inspection, but, the temperatures they reach are very high and can cause as much damage to the chimney structure – and nearby combustible parts of the house – as their more spectacular cousins.Creosote & Chimney Fires: What You Must Know
Fireplaces and wood stoves are designed to safely contain wood-fuel fires while providing heat for a home. The chimneys that serve them have the job of expelling the by-products of combustion – the substances produced when wood burns. These include smoke, water vapor, gases, unburned wood particles, hydrocarbon, tar fog, and assorted minerals. As these substances exit the fireplace or wood stove and flow up into the relatively cooler chimney, condensation occurs. The resulting residue that sticks to the inner walls of the chimney is called creosote.

Creosote is a black or brown residue that can be crusty and flaky…tar-like, drippy and sticky…or shiny and hardened. All forms are highly combustible. If it builds up in sufficient quantities – and the internal flue temperature is high enough – the result could be a chimney fire.

Conditions that encourage the buildup of creosote:

Air supply may be restricted by closing the glass doors, by failing to open the damper wide enough, and the lack of sufficient make-up air to move heated smoke up the chimney rapidly (the longer the smoke’s “residence time” in the flue, the more likely is it that creosote will form). A wood stove’s air supply can be limited by closing down the stove damper or air inlets too soon or too much. Burning unseasoned wood – because so much energy is used initially just to drive off the water trapped in the cells of the logs– keeps the resulting smoke cooler, then if a seasoned wood is used. In the case of wood stoves, overloading the firebox with wood in an attempt to get a longer burn time also contributes to creosote buildup. Source:Chimney Safety Institute of America